The Monica Remote Case Entry System is the only equipment in the world which allows EOD/CBRN teams to quickly investigate and neutralise chemical and biological threats by dealing directly with the internal contents. It can also be used to investigate non-explosive CBRN and toxic chemical threats.  It has been used across the world by EOD, CBRN and specialist teams to counter threats, including chembio and Scud missiles in Iraq.

The system is based on 2 basic premises;

The Monica system inserts a gas tight self-sealing probe through the target casing in a wide range of materials including metal and plastics.  Once installed the probe gives fully sealed access for sampling, extraction or neutralisation of the contents.  It can also be used for investigations using endoscope systems. 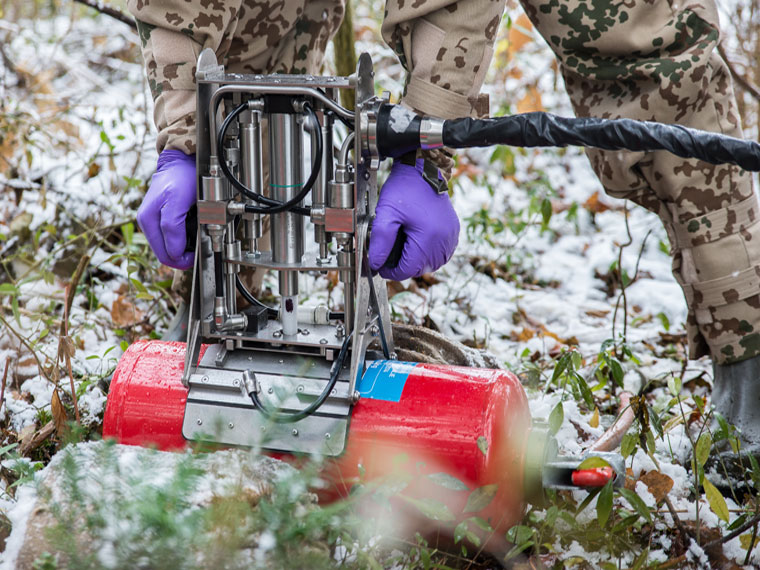 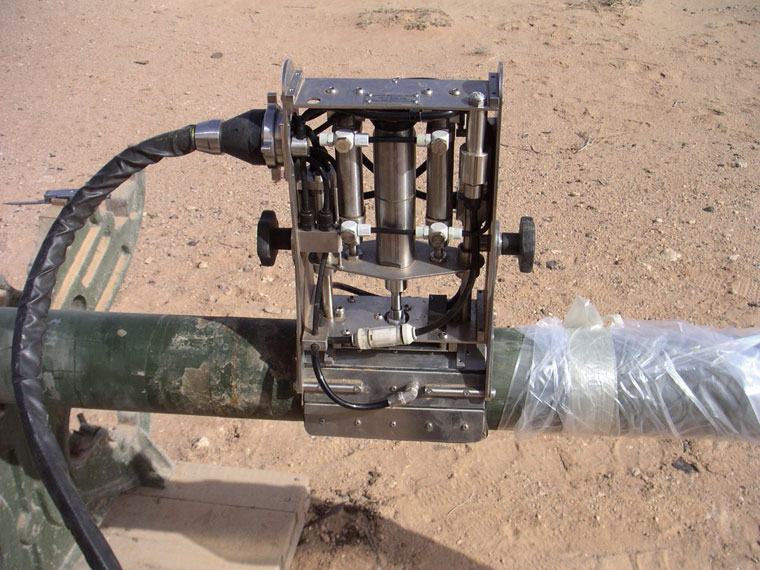 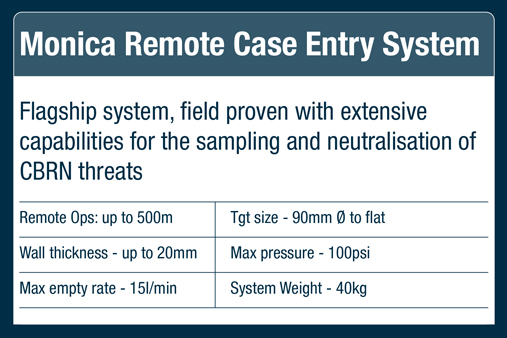 The Monica Remote Case Entry System is the only equipment in the world which allows EOD/CBRN teams to quickly investigate and neutralise chemical and biological threats by dealing directly with the internal contents.

Fully portable with no need for mains power

Standard chemical agent monitors depend on a significant release of agent into the environment in order to function. Non-invasive detection methods such as Neutron Activation Analysis (NAA) can provide information on the elemental composition of contained materials but no direct evidence of their chemical structure.

Monica’s invasive technology allow operators to get an actual physical sample for a 100% accurate analysis.  Additionally the same penetration can be used for disposal operations.

Attaches directly to the target, regardless of its diameter, and will attach safely and reliably to a range of surfaces without any surface preparation of the target. No operator set-up is required to deal with different wall thickness or case diameter. Power is supplied by compressed air from standard SCBA or other compressed air cylinders making the system man-portable and extremely reliable. The equipment can be easily deployed from a single small vehicle by a two-man team in under five minutes.